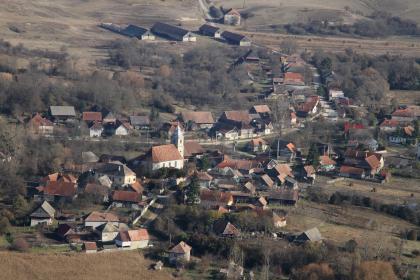 In eastern part of Alszeg, on the northeastern side of the Sztána valley, this small village of irregularly winding streets and uneven terrain is located at the confluence of two streams. In the center of the village, dominating the landscape from afar, stands the prominently situated Reformed church.

The Reformed church of Kispetri
The first written record of the 15th century church dates back to 1486. The barrel vaulted medieval church originally belonged to the Catholic Church, but has been used by the Reformed community since the 1700s. After fire destroyed the medieval structure, a new church was erected at the site in the 1700s, but by the early 20th century, in 1903, even that was in need of reconstruction.

The painted carpentry of the coffered ceiling (1745), pulpit (1715), and communion table (1698) is attributed to Lőrincz Umling (also known as Lőrincz Asztalos “Carpenter” of Kolozsvár), the most famous member of the painter-carpenter family of the Kalotaszeg region. These were dismantled during the church’s early 20th century reconstruction.

Perhaps the most vulnerable category of Transylvania’s architectural heritage includes wooden church ceilings and furnishings. These have been exposed to rapid deterioration in recent years due to a large drop in congregation memberships as well as poor building maintenance. For this reason, we think it’s important to point out that one such folk treasure is still intact today. The components of the Kispetri church’s wooden ceiling and furnishings, salvaged around 1904, ended up in the collection of the Hungarian National Association of Applied Arts in Budapest. According to the museum’s registrar, in 1960 the Museum of Applied Arts transferred 20 inventoried artifacts from the Kispetri church—including parts of the pulpit, wooden ceiling, and balcony—to the Museum of Ethnography, where two coffers and balcony baluster end-pieces were restored in 1965-66. Since 1991, five old coffer tiles along with one replica, the pulpit, and the canopy have been displayed in the Kalotaszeg room in the Budapest Museum of Ethnography’s permanent exhibit, The Traditional Culture of the Hungarian People.

A significant number of the village’s traditional buildings—most built around 1900—have survived, though many of them are now vacant and neglected. The Reformed church’s interior is well cared for and customarily “garbed” in one of three color schemes: white (open cutwork embroidery on permanent display, decorating the pews and walls), red (írásos, or “written,” embroidery displayed on holidays over the white embroidery), and black (displayed during Holy Week, Good Friday, and funerals). 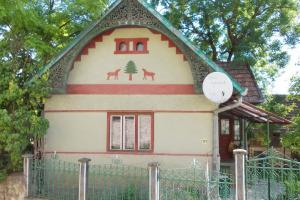 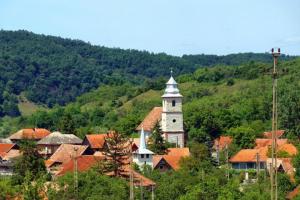 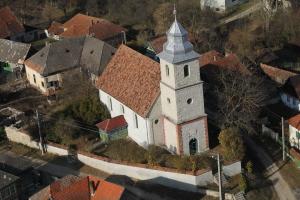 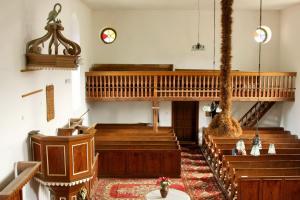 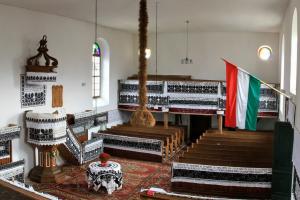 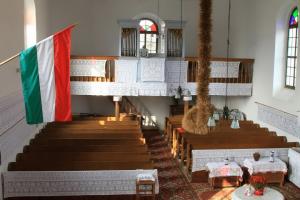 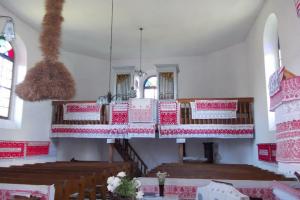